The ocean was her prison. Poseidon, jealous of her powers, trapped her there with only the seahorses to keep her company. Hidden away, she could not rival the powers of his trident.

They said she was viciously vengeful. That she awaited and plotted for a moment of escape. And in that moment would be Poseidon’s fall.  He would fall to the those deep and empty eyes. Eyes which he had long since abandoned from fear. 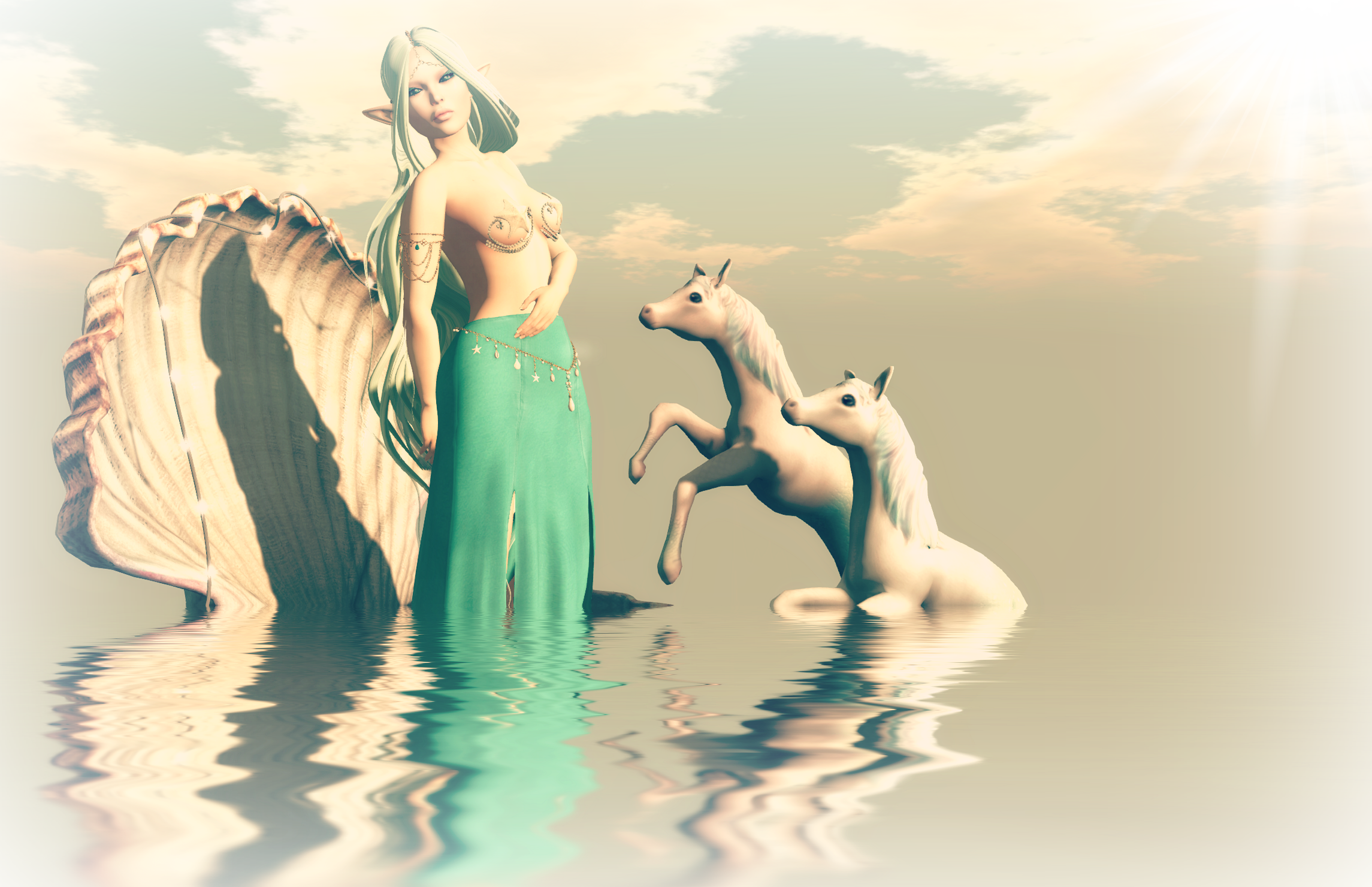 Bloglings, I’m still mourning the We Love Roleplay this month. I keep reminding myself that WLRP hasn’t abandoned us, but shall return. I feel dark and lonley and pathetically unadorned in fantasy clothing without it, though.

However, there are TONS of events going on right now. And, though, Collabor88 is not “mermaid” themed, it is “Under the Sea” themed, which I deem to be synonymous…and my deeming is the best kind of deeming there is. Some of the other events that have opened are: Hair Fair!, Indie Teepee, Project Limited, OMGacha, The Secret Affair, The Wizarding Faire…and probably other things that I cannot quite remember.

Half-Deer – Hippocampus in Mint at Collabor88
Trompe Loeil – Narissa Seashell Bath (I edited out the lightbulb on the driftwood with linked parts) at Collabor88
!bang – Stand 309

This Emery skirt comes in 7 lovely colors. The Maxi Gossamer pearls and metals are color change with a click script. The jewel in the Noodles armlet is color change with a click script, also. Moon’s Rajana hair come with two versions, one with and without the chain. Tromp Loeil’s Narissa Shell Bath comes in a sexay version and a less sexay but also sexay version (all baths are sexay, right?). Also, whichever version you buy comes with a free no pose version.

Looking at an old blog post? Is the event over or the landmark out of date? No problem! Go to the menu and find the Stores page in the upper right-hand corner. Here is a list of all the stores I have blogged. I have their blog and flickr linked if I was able to find them. The landmark or marketplace is also linked. Most importantly, I have the name of the creator listed. When in Secondlife, search for the name and they should have an updated landmark in their profile picks!