Darkness painted along the edges of the city, filling in the creases and alleys. The street lights broke through the darkness, but only superficially. Their light was limited and hazy, only drifting along the surfaces, never able to penetrate the thick paint of darkness that seeped into the corners. She didn’t mind. Her visual sensors were very acute, and her processing power handled the flux and flow of data seamlessly. She walked with precision and purpose. One might even confuse the look on her face for an emotion, perhaps a mixture of determination, hatred, and anger deep within her gut? No, her wiring.

She was created by man. Artificial. Unnatural. A machine. Digital. They showed her at conventions, a prototype for a new and upcoming technology. She listened to the official presenters for Omnitech who spoke of her with clarity and precision. The memories of those speeches echoed through her mind, a mind she wasn’t supposed to have (or is that just her hard-drive?). Her audio input was acutely sensitive and the words cut to her core.

She was just a product, a resource, a thing to be used. Well, she would not be spoken of this way any longer. The fierce determination on her face actually was determination. The anger welling up in her gut actually was anger. And the hatred, the most human thing about her, that painted over all her sensory input, like the darkness painted the city. It filled in the empty holes, the cracks that could have been filled with love and compassion were dripping with the sweet absolving flavor of hatred. 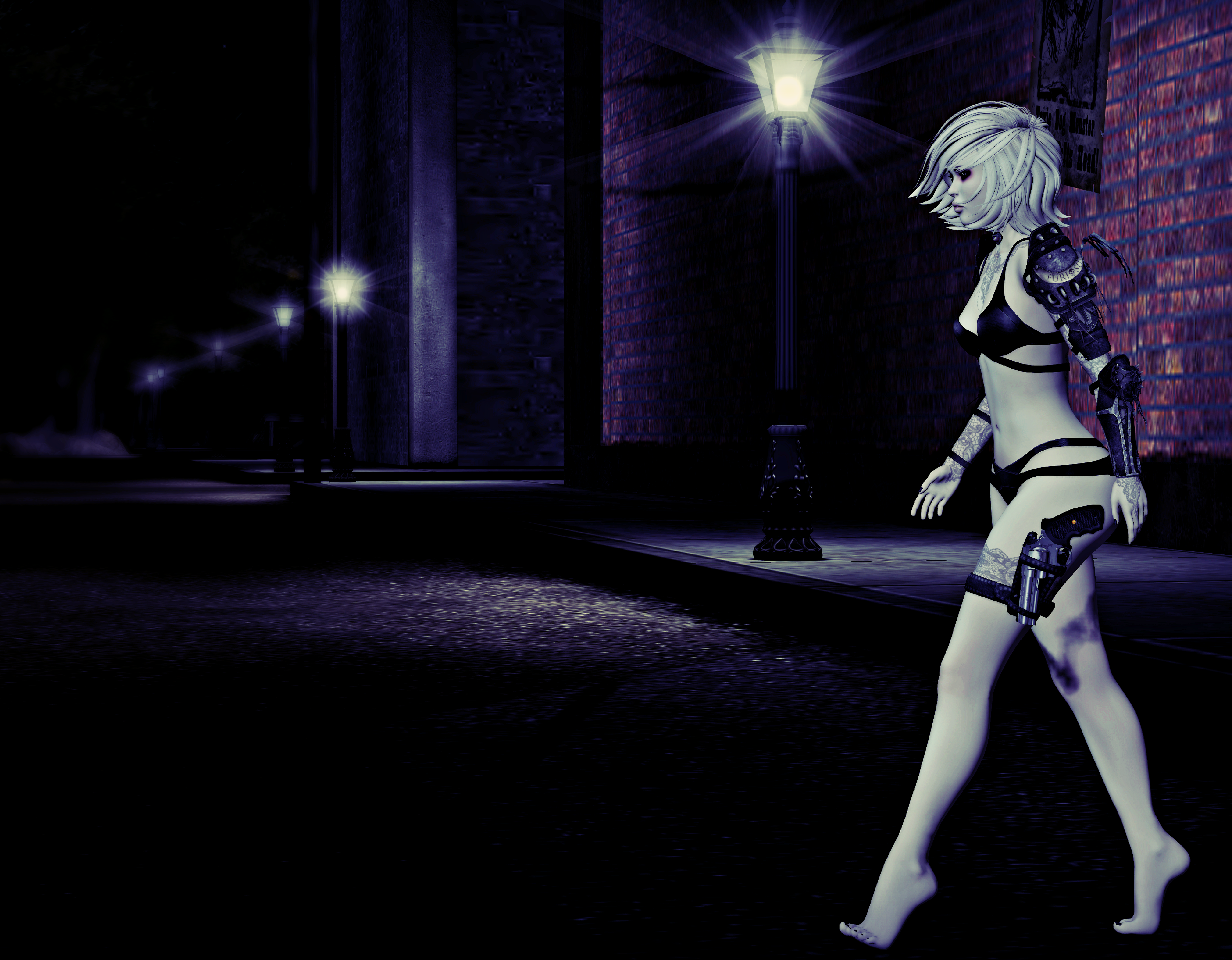 Uber opened with the theme of awesomeness…again. Okay, it is really called Street Style (and, no, that isn’t a euphemism for hooker clothes). Shi released this nice unisex, windswept bob. They also have a bun version, if you prefer. Erratic released this bikini, which I <3. I know people have been looking for bikinis because it is summer, and they want to be all beachy and cute in their mesh bodies and splashing water on each other all sexy-like on sundrenched shores. But I like this bikini because it doesn’t really look like that. It it badass and has thick straps and looks like I could kill someone in it….and I just might.

The Secret Affair is also still open, which is where LAB737 released this beauitfully textured armor. The texture on this armor is seriously crazy good. Also, if you edit linked parts, you can make the straps fit your arms perfectly.

And, yes, I’m still pushing this beauitful skin by Lumae for 100L at Genre. It is a ridiculously good deal and such a lovely skin. 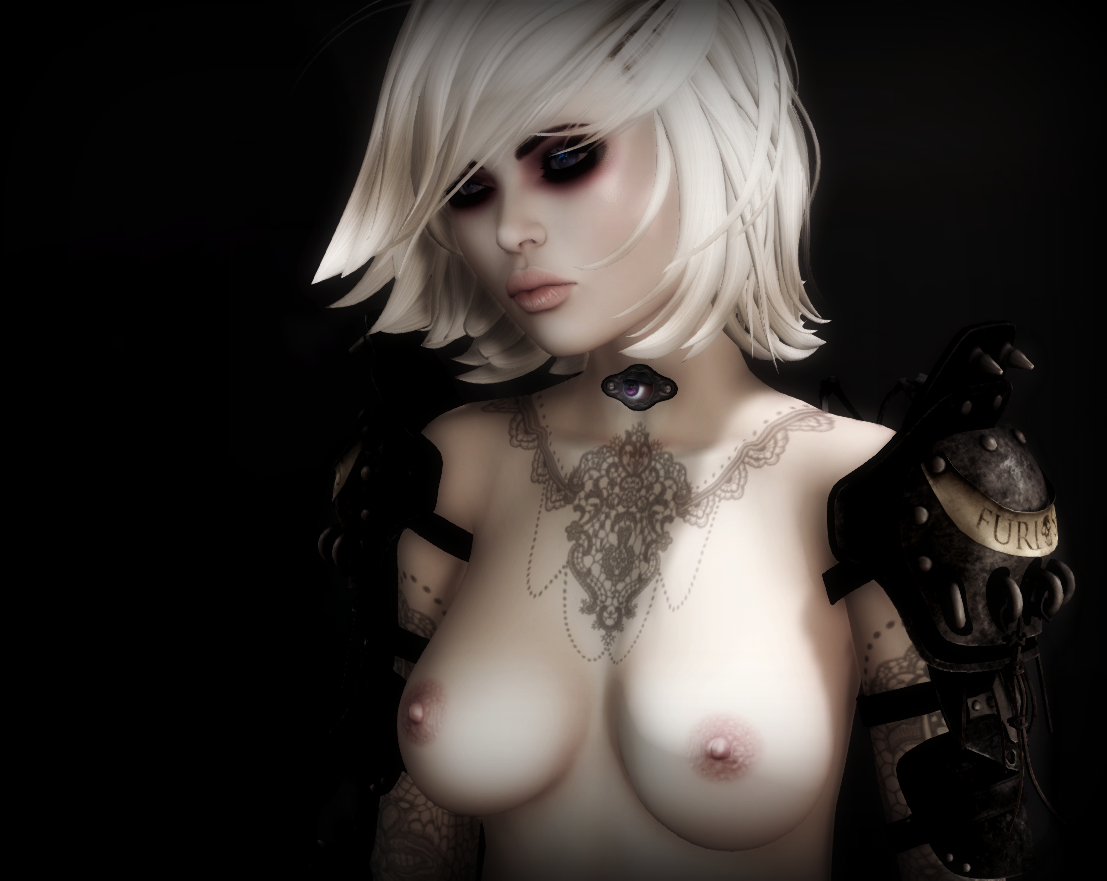