Eyelids fluttered shut against pale cheeks, removing her from the stage. Instead, she was there in the forest. The painted particle board became large, ancient tress that bowed over her graciously. The hard surface of the stage became soft, warm earth covered in plush grass beneath her bare feet. She heard birds chittering in the distance.

Palms of trembling hands smoothed over the thick velvet of her gown. They moved slowly, first over her bodice then down her skirt overflowing with a pettiskirt. As they traveled, the trembling slowly abated.

She remembered back to her childhood. Dressed in a plastic tiara and bits of clothes she found at yard sales, she pretended to be a princess. Other childred mocked her. They told her that trash could never be royalty. And now she was pretending again. A smile alighted on her face; it revealed itself more in her cheeks than her lips. She pretended to be many things as a child. She would continue to do the same as an adult on stage. 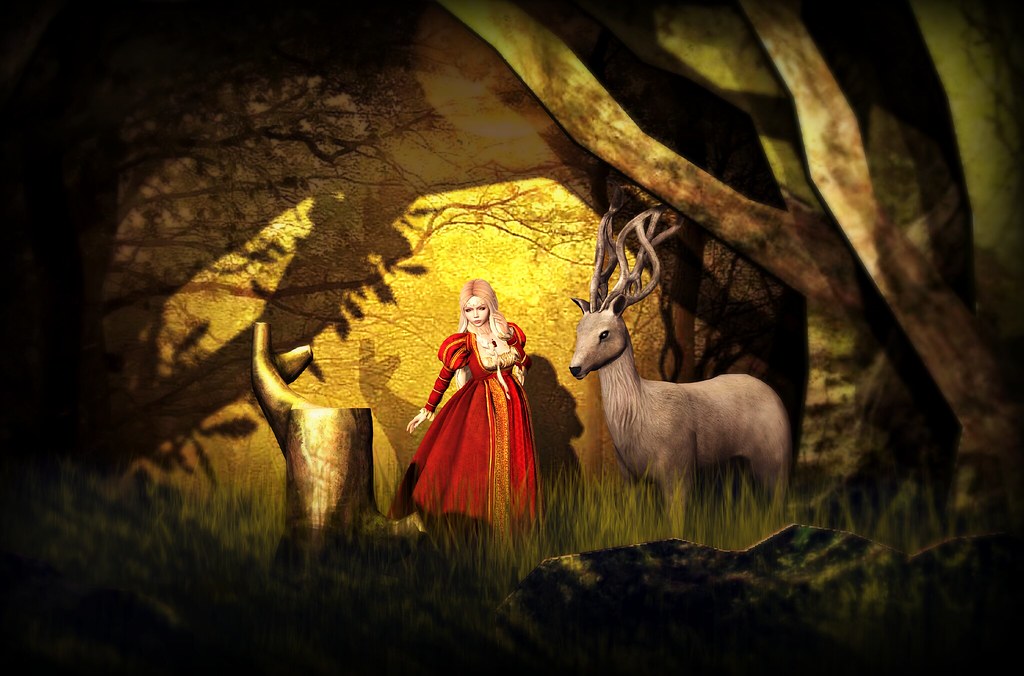 Retroville Gacha opens on the 15th and DRD is releasing this really cute studio set. The insert that I used on the stage that looks like a play set is one of many different sceneries available in the gacha: forest, castle, sci-fi, a street, western town, etc. All of them look pretty phenomenal. There is also a studio building for you to put one in at a time and a casting couch and director’s chair as rares. It is a really lovely set. 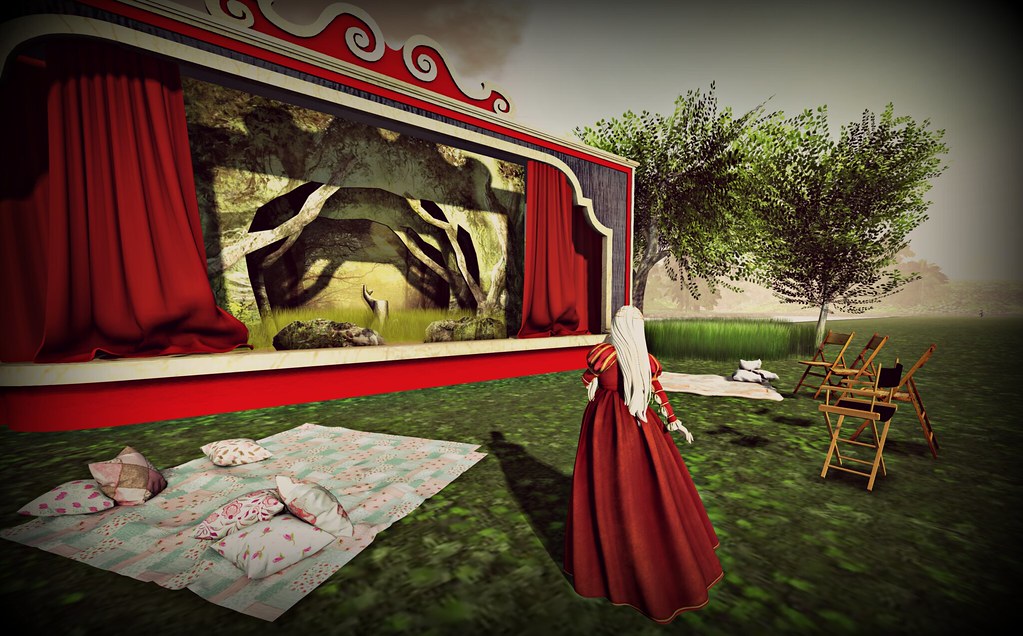 This Pixicat dress is a new release at We Love Roleplay. It is sumptuously detailed for nobility, exactly as intended. Look at the backs of the sleeves! Also, at We Love Roleplay this round is a beautiful hair from Elikatira. It has a side braid and comes with a lovely circlet. Circlets are my favorite! 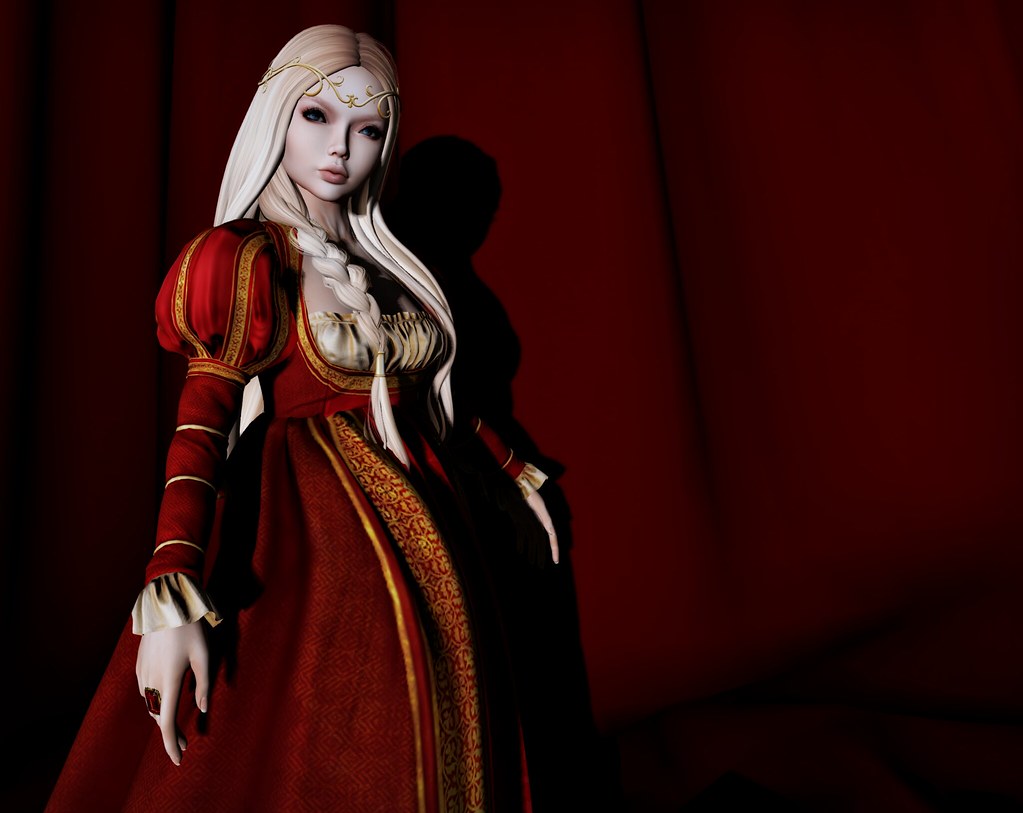 Clickety-click for the credits, blogettes:

END_OF_DOCUMENT_TOKEN_TO_BE_REPLACED

Tag Gacha has begun! Tag Gacha is a fun event which requires you to visit a bunch of store locations, play gachas (if you wish), tag their board and get secret items with rare coupons from the matchines. You can read all about it on their website.

END_OF_DOCUMENT_TOKEN_TO_BE_REPLACED

Hello, bloggettes! So many things are going on right now and will be going on soon. On the first FaMESHed opened but so did a new event called The Gathering. The Gathering is a fantasy themed gacha event and there are so many cute things there.

The Gathering is where I got these adorable stockings, wings, and shorts by Death Row Designs. Please note how adorable the curl on the toe of the stockings are! They make me smile.

Then on the third, Candy Fair opens, which is where I got this adorable hair by Atomic which comes with the candy attachment. Trust me. You need it.