There were no thoughts, only sensations. The sensation of her muscles contracting. The feel of the steel grip warmed by her own palm as she held it. The flutter of her hair as she twirled. The air which slipped across the surface of her skin with each exaggerated movement. It was the cool, rough concrete under bare feet which forced her upward, and then that moment of weightlessness right before gravity tried to pull her back to Earth’s core. The soft buzzing of the neon flickered behind her, making the world seem surreal and broken. She could hear her own breath easing in and out of her lungs and the broken, heavy breathing of the man before her.

But they were just sensations, disjointed from the world. In this moment, she was death, but she did not feel like death. She felt like life. Exuberant, powerful, infinite. 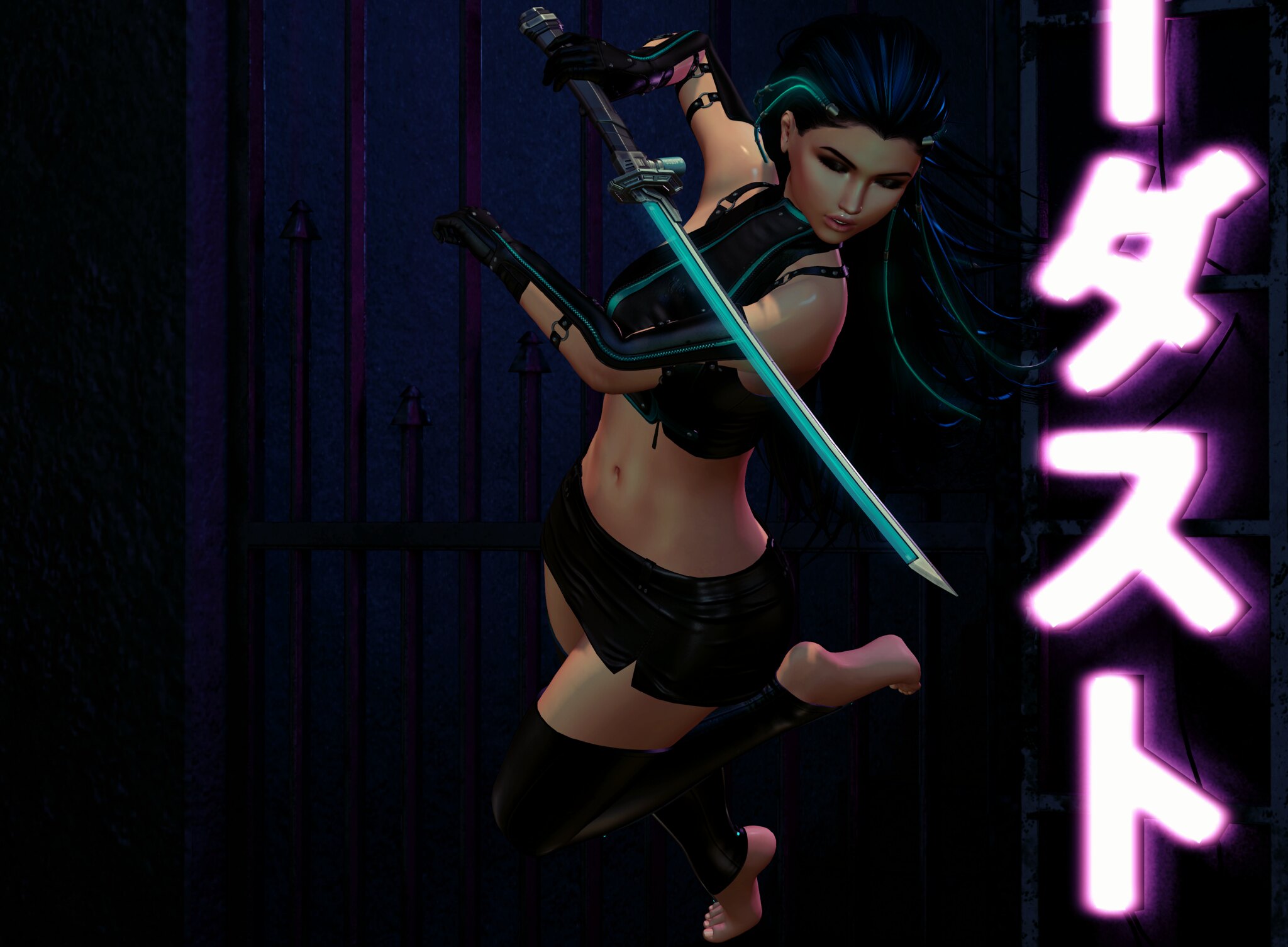 Hello, bloglings! A&Y has released these tops and gloves at The Black Fair. One of my favorite things about A&Y items are the versatility. Many of the parts can change color and can be done with a color tinter, so there are unlimited options. So, hop on over, grab yourself some cyberpunk gear, and be a badass.

Clickety-click for the credits and slurls: